The only thing getting stung is “America” 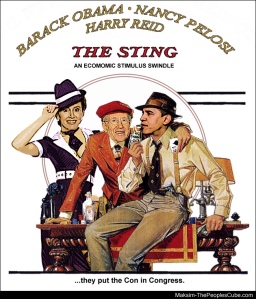 For a little more………..Click Here

What ya think……. or is it some thing to think about

Time Line for the truth ! Now you can see Who’s, Who and What it Means.

Subj: Indecent and unprofessional conduct individually as professionals and more widely as leaders of your respective organizations.

A dear friend of mine who just finished repairing the Rosary my father carried in his pocket during the suicide amphibious assault into northwest Africa on 8 November 1942 (OPERATION TORCH) reminds me that if I allow your lies to go unchallenged your lies become the truth.

This aggressive challenge is the product of her encouragement.

I should add there’s a Sergeant of Marines who is also adamant I put you two indecent men in your place.

Mr. Gary D. Pettway was exposed in January 2010 as an illicit, impostor foreman to the Monroe County Tennessee Grand Jury.

Under Tennessee LAW (click here) all jurors must be selected in a random process that is totally free of any interference involving human agency.

Jury #1 returns to the jury room in March.

Of greater significance is this: Criminal court judges have personally appointed Gary Pettway as foreman before each of the two Monroe County Grand Juries for “approximately” the past 27-years.

Gary Pettway was aggressively reported as a criminal in related matters leading up to January 2010.

Because Pettway was exposed in January 2010 as a government functionary, a hand-selected judicial puppet, each of the law enforcement agencies contacted from September through December 2009 were contacted again.

Other people and organizations responsible for oversight regarding “Pettway’s Grand Jury” were also alerted.

Beginning on 3 September 2009 and continuing to 30 March 2010 tens of criminal complaints naming Gary Pettway were filed with:

Official complaints, notices and alerts were filed with:

Law enforcement officials agreeing that Pettway’s criminal business is…well…CRIMINAL report they are not authorized (allowed) to conduct Pettway’s arrest. These various officials are consistent in their continuing avoidance telling the public that they “lack jurisdiction.”

Again–after tens of criminal complaints naming Pettway over the course of 7 months no law enforcement agency or official claimed the power of arrest over a Tennessee Grand Jury Foreman.

Not a single one!

On 8 March 2010 notice of necessity, authority and intent to conduct of series of Citizens’ Arrest was sent to local law enforcement. I’ve got the green card receipts.

Gary Pettway remains an obstruction to efforts to bring to the attention of Monroe County Grand Jurors criminal conduct that has nothing to do with Pettway (click here).

The County Grand Jury meets on the first Thursday of each month.

Presented with a series of facts and experiences that precisely describe the need for such action, and with time not being a friend, Gary Pettway was properly placed under Citizens’ arrest on the first Thursday in April 2010 as Pettway was in the act of committing a series of  felony offenses.

Pettway’s arrest was carried out by the book.

Now for you indecent men, go back and read what you’ve allowed to be published. Then hold your heads in shame.

Explaining the right thing to do next is a waste of my time.

For what it’s worth:

Pettway was arrested in front of Monroe County Grand Jury #1 on the first Thursday in April 2010.

Monroe General Sessions Court Judge J. Reed Dixon bound charges filed against me over to Monroe County Grand Jury during his 4 May 2010 probable cause hearing.

Dixon assigned the case to Monroe County Grand Jury #1–meeting on 3 June 2010–to decided whether to return indictments granting permission for a criminal trial.

Gary Pettway is publicly announced to stand before Monroe County Grand Jury #1 as foreman this coming first Thursday in June 2010.